GZip with scriptcs in Octopus Deploy

I had this crazy problem tonight. I wanted to upload all my assets for my website into AWS S3, but I needed to gzip them first before sending them.

Usually I do this in Team City with Grunt, but all my variable replacement is done in Octopus Deploy depending on the environment.

If the compression is done in Team City, variable replacement cannot happen on the GZipped file.

I decided to move it to Octopus Deploy, my first thought was, could I run a node.js task in Octopus Deploy, the more I thought about it tho, I realised I don't want to install a dependency on node.js on the server.

Second thought was to use Powershell... but I'm a real powershell no0b.

However! Octopus Deploy has this little button! 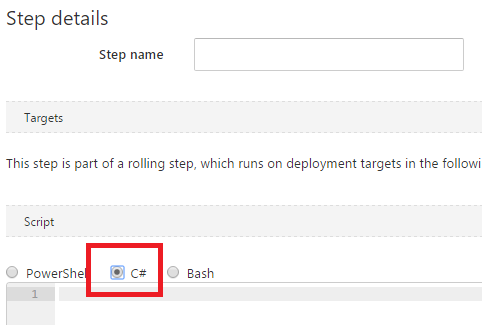 SO I set out to read about System.IO.Compression on MSDN.

Working from this I came up with the following script:

I have a build step called Deploy Assets which has a bunch of sub steps. This has a package which stores all the CSS/Images/JavaScript files that have been generated in Team City.

In here I update the URLs in all the files, and then run a Compress JS, and finally upload them all to S3. 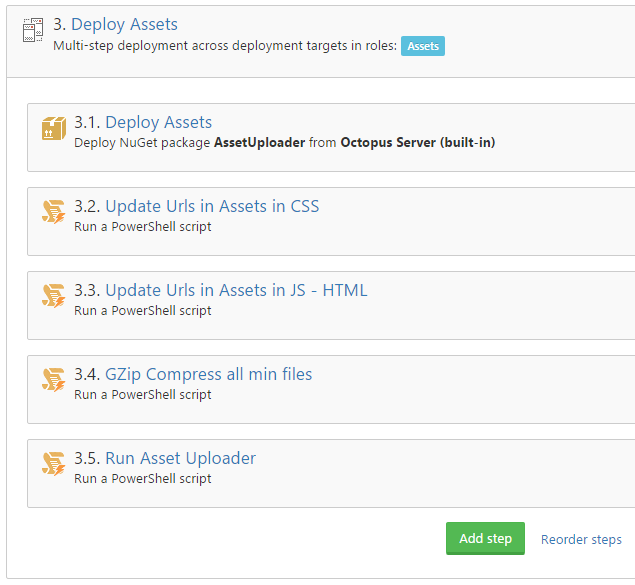 Basically what this script does is iterates over all files in the deploy folder looking for anything that was already minified.

It then creates a new fileName stripping off the existing extension and appending .gz followed by the last extension of the file.

Then GZips the file and saves it.

Here's an example of the main.js file minified and compressed:

And that's all there is to it. You can basically write any C# code you want.

Please refer to scriptcs website for more information on how to load dependencies and such.