The problem with this is sometimes I would write some CSS and not realise I missed something only to find my site doesn't display anything, then I have to figure out what I did wrong.

With the Web Workbench, and it's ability to generate the files every time I save, makes me less error prone.

But the most efficient way of working with it I found (when writing a lot of CSS in 1 sitting) is to split my windows so the first window has where I'm writing, and the second window has the generated CSS file. 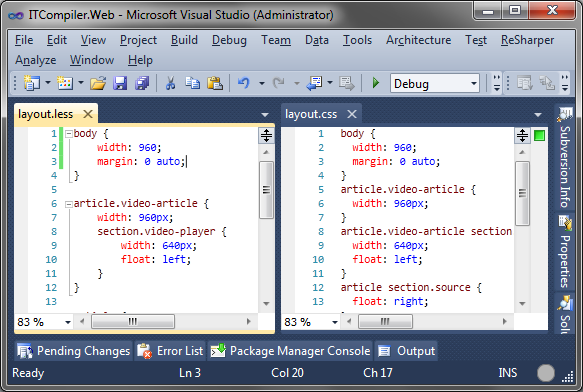 If I make an error on the left side: 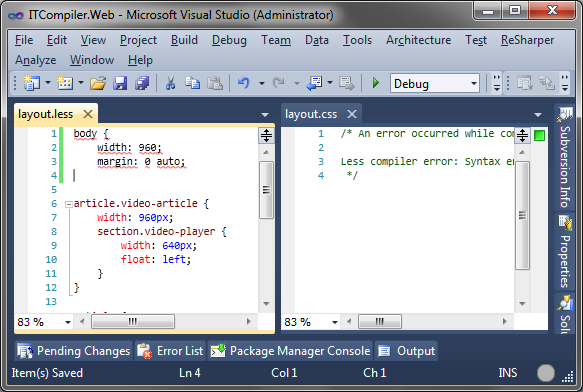 I see the error on the right.

If I make a change to the left, (added a background colour) i see the change on the right. 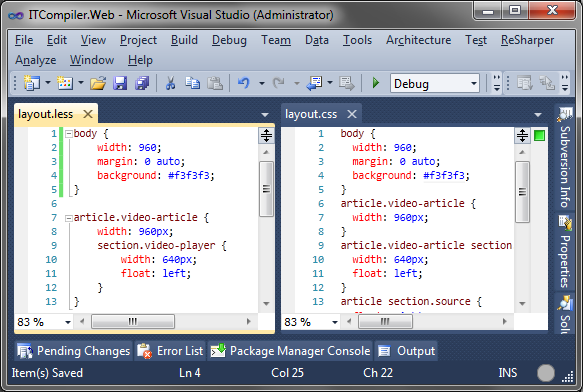 This makes it really handy when applying nested rules. Such as nesting a hover rule to an anchor tag. Sometimes I forget to include the colon. 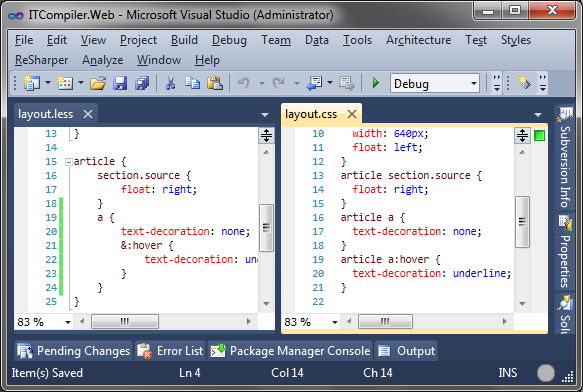 Maybe in the next version of the Web Bench, Mindscape can include side-by-side windows that scroll with each other :) Tho it would be difficult depending on how much CSS was generated. Would still be a nice feature.

Either way, the Web Workbench is a tool that can't be missed.