The order in which routes are registered, really is pretty damn important, otherwise it can have really strange side-effects.

So rather than having the structure: 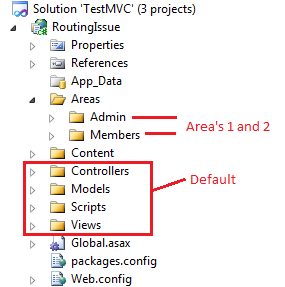 Where the root/default site is in the main directory, with two areas. I wanted this structure: 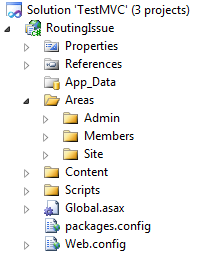 So no root/default, and just a 'Site' area which would be the default.

Note:The default route is removed from Global.asax... for now

This works perfectly fine if all the URL's are accessed like:

If we run this in a browser we get the following: 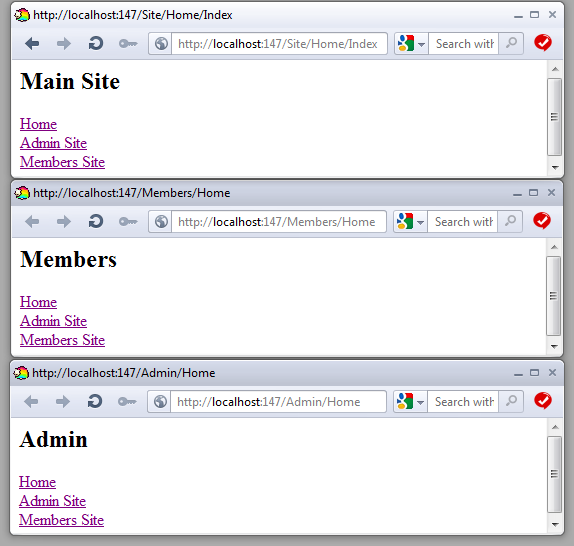 These routes are registered automatically when you add an Area, in a AreaNameAreaRegistration file. 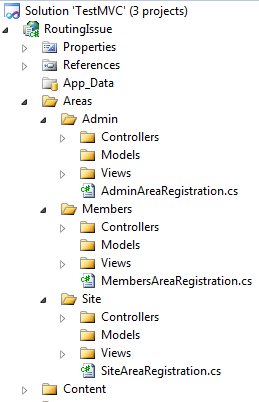 But with different AreaName's of course. You get the idea.

Now what we want to do is change the Site route, to work from the root directly like:

This is where my assumptions began to go wrong... I updated the route like so:

So I've removed 'Site' from the path, and added the default controller.

This is where things started to get messy. At first, it worked, in my sample project. Then I added AutoFac, MiniProfiler, some Content, and a few other things. That's when it all went pear shaped. 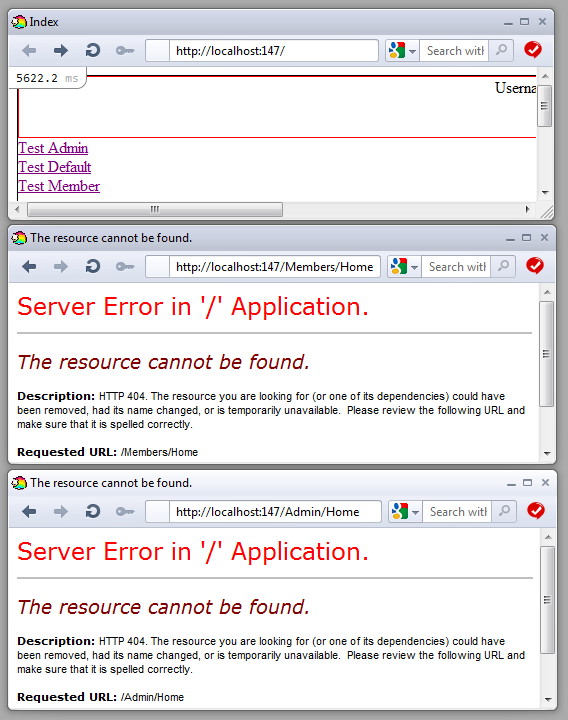 It seems to have lost the information about the routes for Admin/Member.

Creating a new project with it working, and with my current project. I wrote some Trace.Write("AreaName") code into each AreaRegistration. The working project outputted:

However the second project, where it was failing, outputted:

So what's happening is in my project, it registers the default route first without the Area:

Took me hours to figure this out. That MVC cannot guarantee the order of which Area's are registered. The second two Area's didn't stand a chance.

The solution was to move the Site route to the global.asax file, and specify an Area on it. My Site registration looks like:

While my global.asax file has:

This means the default route is registered after my Areas, and everything works perfectly again :)